Is Your Media Monitoring and Analysis Solution Doing a Good Job? Five Questions to Ask if You’re Not So Sure

Media monitoring and analysis solutions come in various packages. Some focus primarily on social listening, others on traditional media such as print and broadcast. Some are fully automated and self serve, while still others use a combination of expert curation and select automations to deliver media monitoring, media analysis, executive news briefs, or other media intelligence products. 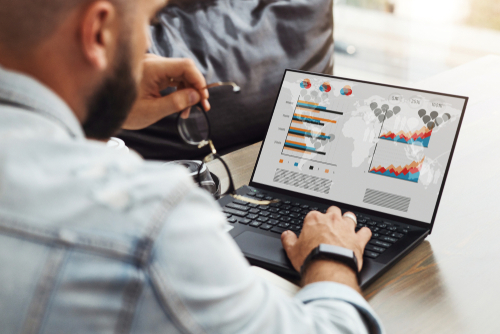 But no matter which model your media monitoring provider employs, like any vendor it’s vital to not always take everything they tell you as gospel – especially when it comes to numbers and data.

Here are five important things you need to do – at least occasionally – when working with a media monitoring and media intelligence provider.

1. Use the media monitoring platform yourself

It’s important for someone on your team to be engaged and log in to your vendor’s system regularly (assuming your provider has a SaaS platform and you have access). This is even more important if you use a fully automated provider (these services are notorious for picking up irrelevant mentions). After all, even if the data they serve looks good on the surface, it’s never a bad idea to keep your vendors honest!

There are other benefits, too. Reviewing the content within your account can give you a good bead on the cleanliness of your media data. Are there numerous duplicate articles? Irrelevant ones? If the answer is yes and you’re running analysis on those articles, you’re likely making business and PR decisions based on bad data. (Note: Keep in mind the difference between duplicate and syndicated articles.)

If your provider doesn’t have a SaaS platform, it’s not unreasonable to request CSV spreadsheet files of your raw media data (SaaS platforms typically allow users to download these files themselves).

These CSV export files list all articles in your account within a certain search parameter (such as time period, campaign, keyword, or category). They also include metadata attached to each article such as media outlet, journalist, audience/circulation, region, and sentiment (if applicable).

Reviewing these kinds of easily-scanned CSV export files is usually an efficient way of auditing or evaluating the quality of content within your account.

2. Look for outliers in your media analysis results

When you see a sudden, dramatic, yet unexpected increase in coverage volume in your media monitoring and analysis results over a short time period, it’s always good to keep a certain Russian proverb in mind: Trust, but verify.

That’s because most plugged-in communications teams know exactly what days their organization received lots of coverage over the past month or so. An unexpected spike, alternatively, can mean several things, including:

While busy PR teams can be forgiven for missing a story here and there, the latter three possibilities add up to one thing: Sloppy media monitoring and curation, leading to misguided analysis based on the wrong data.

3. Don’t sweat the numbers too much (unless you should)

It’s the media monitoring industry’s worst-kept secret: Most providers use different sources and methodologies for their reach/audience/circulation numbers. Some companies use 30-second broadcast clips to determine audience value, while others use 60-second clips, for example. Some companies get outlet circulation data from services such as SRDS. Others have reach data pre-populated at the article or broadcast clip level directly from their content provider.

And yes, many providers and PR agencies even still use advertising equivalency values (AVEs) to evaluate campaigns.

The truth is that, despite valiant efforts by organizations like AMEC to standardize certain industry methodologies, many media intelligence companies do things very differently from one firm to another.

This disparity in methodologies and lack of data standardization can often frustrate clients, especially those who change providers, who rightly complain that there’s no single source of truth across the industry. But audience reach or circulation estimates are just that – estimates, not exact representations of every set of eyeballs that actually read or viewed the content.

That’s why it’s smart to not dwell on the absolute numbers too much. It’s far better to benchmark your media data from month to month (or by whatever time frame you prefer). Instead of focusing solely on the absolute numbers, pay attention to your benchmarks and where your reach numbers are trending. If you see an unexpected 95 percent drop in coverage or 1,000 percent increase, it’s time to start asking questions.

Perhaps your provider used an inconsistent methodology, or maybe there was a mistake and it’s showing up some of the numbers. I’ve seen one or two media analysis reports from competitors that showed a higher total circulation than the Earth’s population – definitely not a believable number!

Most PR teams are extremely plugged into the news, especially when it pertains to their own organization. Use that knowledge to your advantage: Spot check your executive news briefs and media analysis reports for articles your team picked up on, but your media monitoring provider may not have.

This is especially important (and common) issue for organizations who typically get media coverage in niche, paywalled, or smaller local publications likely not included in automated media monitoring aggregators. Any media outlet can opt-out of a media aggregator, and many do. This kind of hard-to-find content is easily missed by automated solutions that don’t use expert media monitoring specialists to manually supplement automated results.

5. Double check your top influencers and other data

Keeping tabs on your top influencers in traditional media can be the difference between a successful PR campaign and a flop, but it’s not uncommon among some providers to serve up inaccurate results on this front.

Journalists can often be mis-attributed to the wrong outlet, for example – especially syndicated journalists from wire services or news agencies who often appear in dozens of outlets each day. Other journalists often mis-attributed in media analysis include freelancers or those who work for regional publishing groups with multiple publications, or those who change outlets frequently. This is less of an issue when it comes to social media influencers, although attribution mistakes can still happen.

Outlet data can run into similar snafus thanks in part to ongoing media industry consolidation. If a newspaper or online news outlet shuts down, changes names, or is acquired by another and rolled into their offering, your media monitoring provider better be aware of that or it could also throw off your data.

And even though we said above not to sweat the absolute numbers too much, if the numbers seem too outlandish, they shouldn’t be ignored. Some content providers attach national reach values to each individual clip of a nationally syndicated show, for example, then distribute the same clip for each local channel carrying the show – which can be in the hundreds.

If media monitoring companies use the above data at face value, a show with a total estimated audience of 10M could appear in your analysis with a grossly inflated audience many orders of magnitude higher.

While all the potential issues we’ve mentioned above can (and should) be guarded against by the vigilance of your team, it’s better to have fewer issues to watch out for in the first place.

Fully automated media monitoring solutions usually have a cheaper sticker price at the outset, but are prone to these kinds of mistakes. This, in turn, puts greater pressure on your team to stay on top of your media monitoring provider for accuracy and consistency – leading to higher overall costs for media monitoring and a defocused team.

That’s simply not the case with Fullintel’s team of expert media monitoring specialists and media curators. We provide a dedicated media analyst who gets to know your organization and its PR priorities inside-out, and who is always accountable for the accuracy of your data and consistency of methodology.