Andrew Koeck
Although it may seem like it at times, fake news is nothing new.

Governments and other organizations, for example, have employed propaganda on countless occasions during wartime to diminish enemy morale and bolster their own. And anyone who has ever shopped in a grocery store is familiar with titles such as Weekly World News, which (when it operated) was full of suspect headlines such as “Garden of Eden found!” and “Termites eat the Eiffel Tower!” 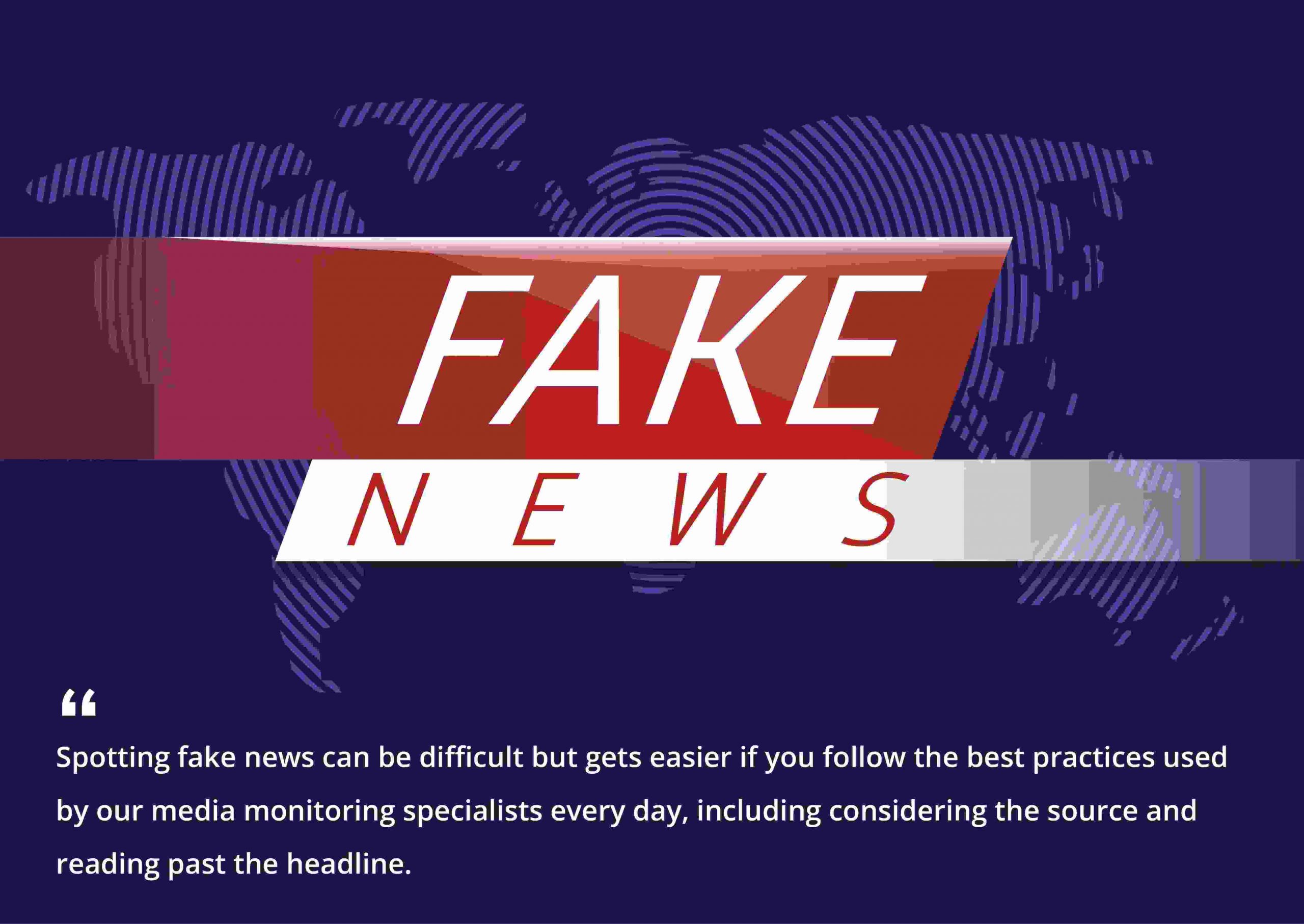 With apologies to supermarket tabloids, however, the fake news industry is now more pervasive than ever thanks to social media and the wider internet. (Although Google and Facebook announced a “crackdown” on fake news sites back in 2016, this type of content still flourishes on these and other platforms.)

It’s no coincidence that the Oxford Dictionary named the term “post-truth” the word of the year in 2016. Even the most media-savvy among us can fall for a click-bait headline.

Fullintel’s media monitoring specialists and media analysts are trained to not only perform the most accurate media monitoring in the industry, but also to spot irrelevant or fake news that could mislead our clients (and cause data inconsistencies when running media analysis).

Read on for insights on the processes and best practices we follow every day, so you and your team can do the same.

What kind of fake news is out there?

Before getting into how to spot fake news, let’s take a moment to look at exactly what we’re talking about. Fake news in the TikTok and Facebook age comes in a variety of packages – some of which can be more misleading than others. Here are some of the most common:

But knowing what’s out there is only half the battle when it comes to identifying fake news. PR and communications teams (and the general public) should always keep the following things in mind when reviewing media coverage – whether it’s their own or otherwise.

How to spot fake news in 5 simple steps

Spotting fake news can be difficult, but gets easier if you follow the best practices used by our media monitoring specialists every day. These include:

Other best practices when consuming media include always checking the date (older stories with outdated facts can sometimes be presented as new), considering your own biases, and consulting the experts.

All this being said, however, we realize time – especially for PR professionals – is extremely limited. Most of us, even in our daily lives, don’t have the time to investigate every potentially fake news story, never mind in a fast-paced professional setting.

Contact us today for a free, customized executive news brief or a 30-minute interactive demo.