The Bio International Convention is unarguably the world’s largest congress for biotechnology professionals, companies, academic institutions, and related organizations. BIO 2016 was a huge success with more than 15,000 attendees and 1,720 exhibitors. Our media analysts have individually scoured through hundreds of media mentions- reading and analyzing every single news, tweets, and like related to BIO 2016. Ours is a comprehensive coverage. It includes figures, stories and emotions- all handpicked by human analysts. Of course, automated software can crunch the numbers for you, but we’ll help you understand the context behind the numbers. 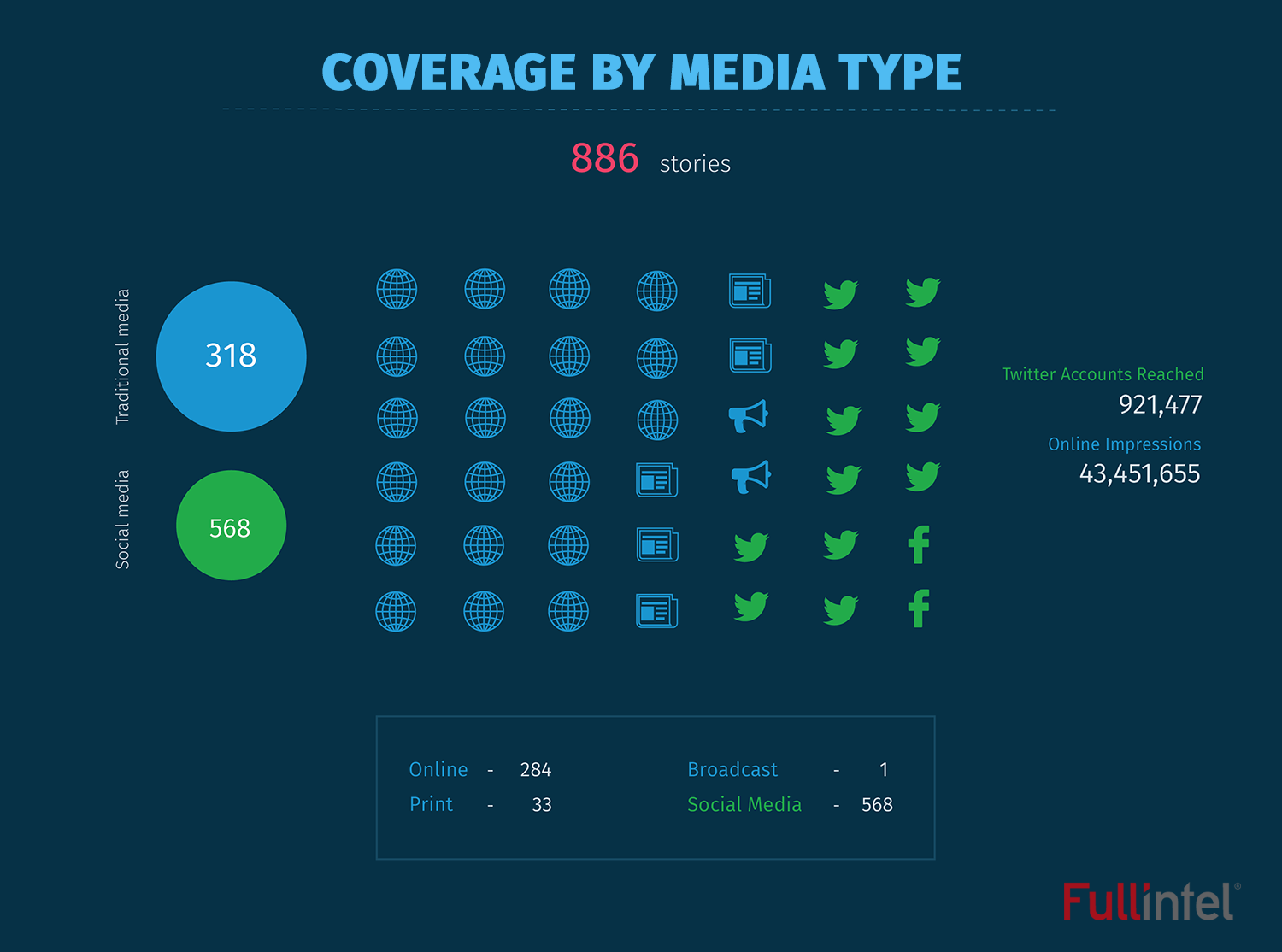 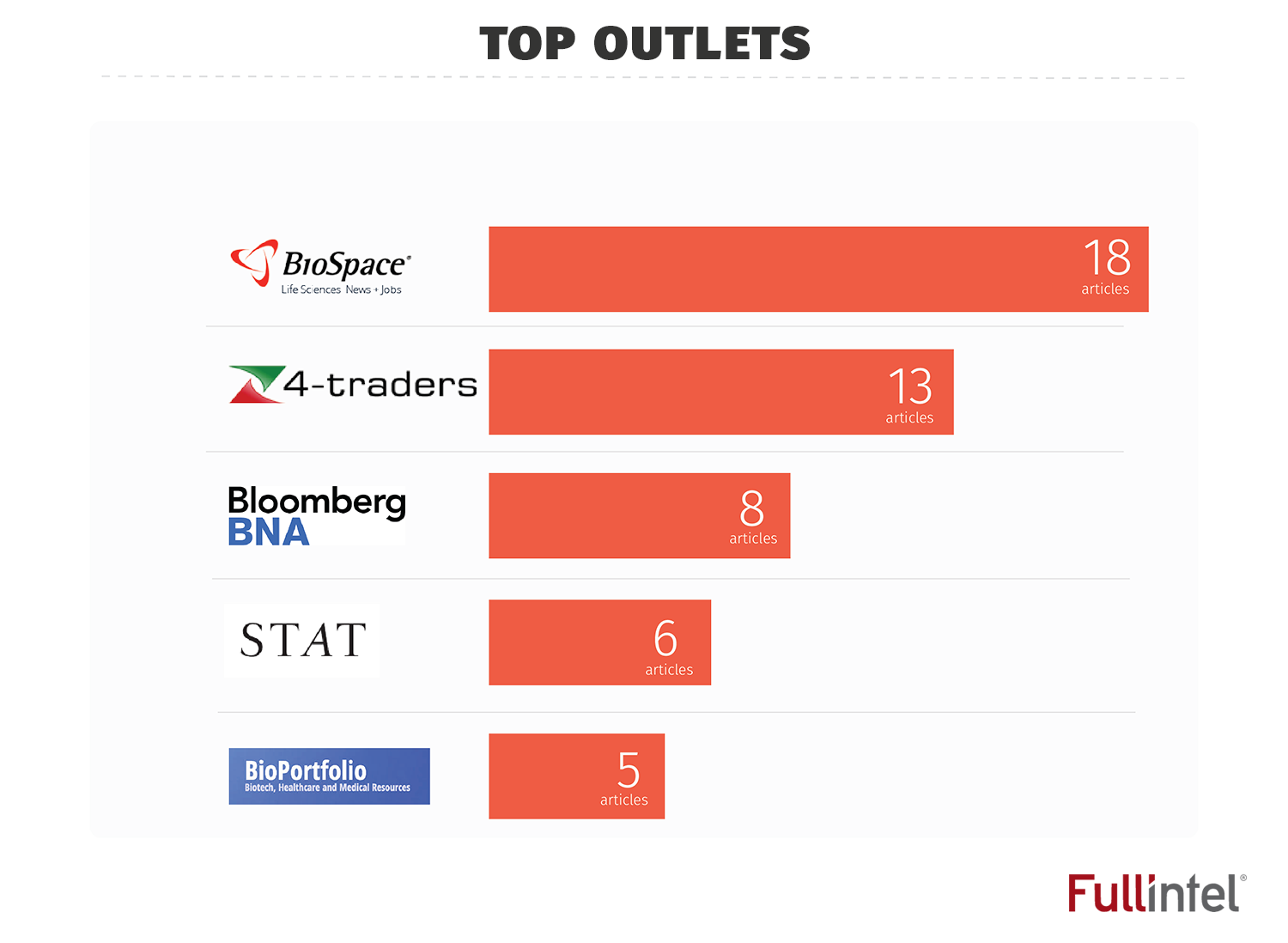 Our media analysts covered around 301 articles in Americas and 104 in Europe. The Boston Globe, the San Francisco Chronicle, Bloomberg BNA and many other major outlets covered stories related to the event. We covered 63 articles in Asia, and 15 articles in Africa. In the Oceania, 27 articles were covered. 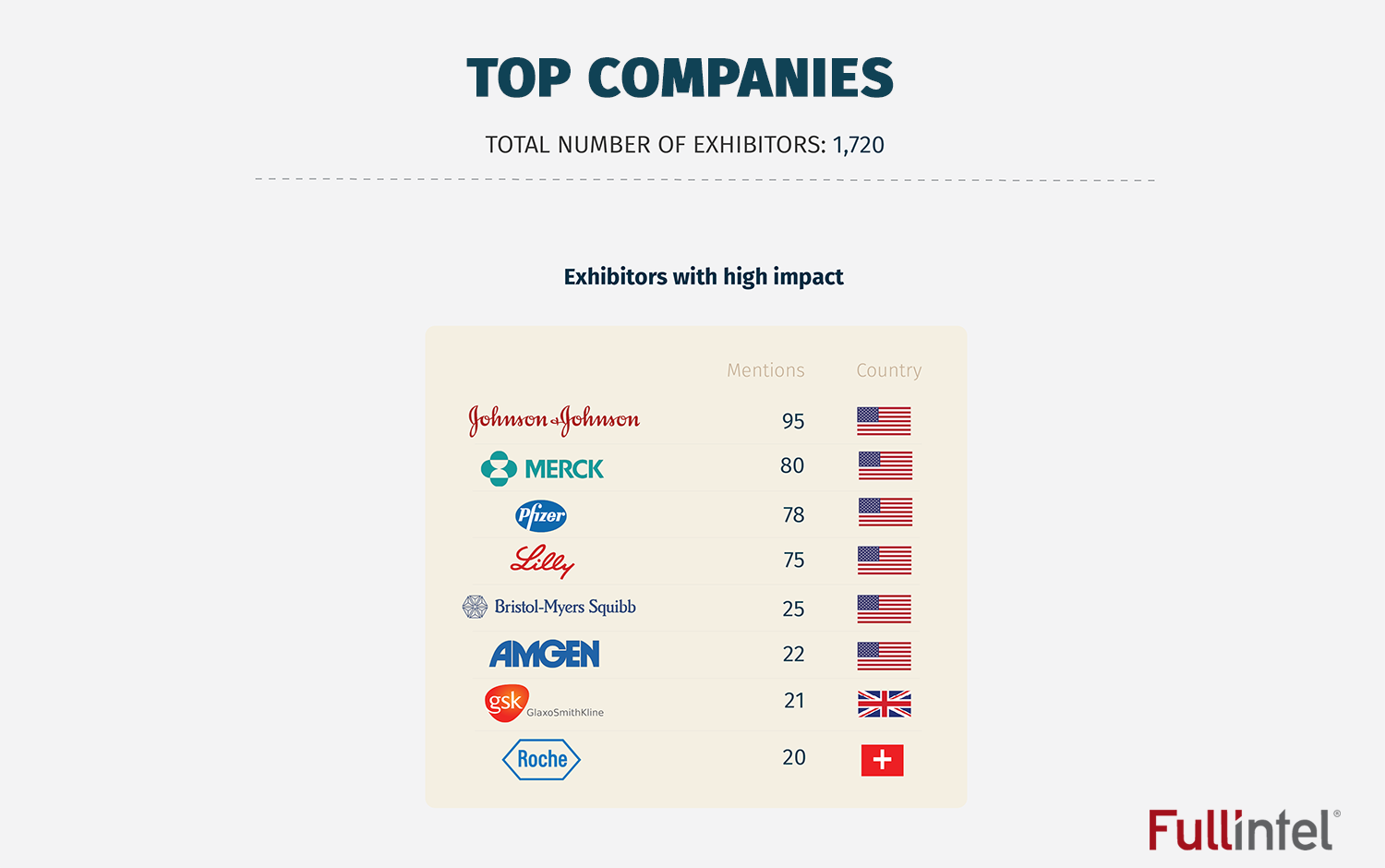 Johnson & Johnson had the media buzzing with around 95 media mentions. The J&J sponsored Dr. Paul Janssen Award for Biomedical Research (announced at BIO 2016) was picked by almost all media channels including the asianscientist.com. MERCK also managed to remain a darling in the media with around 80 mentions. Pfizer was a close third with 78 mentions. Except for GlaxoSmithKline and Roche, all high impact companies were covered in the US media. 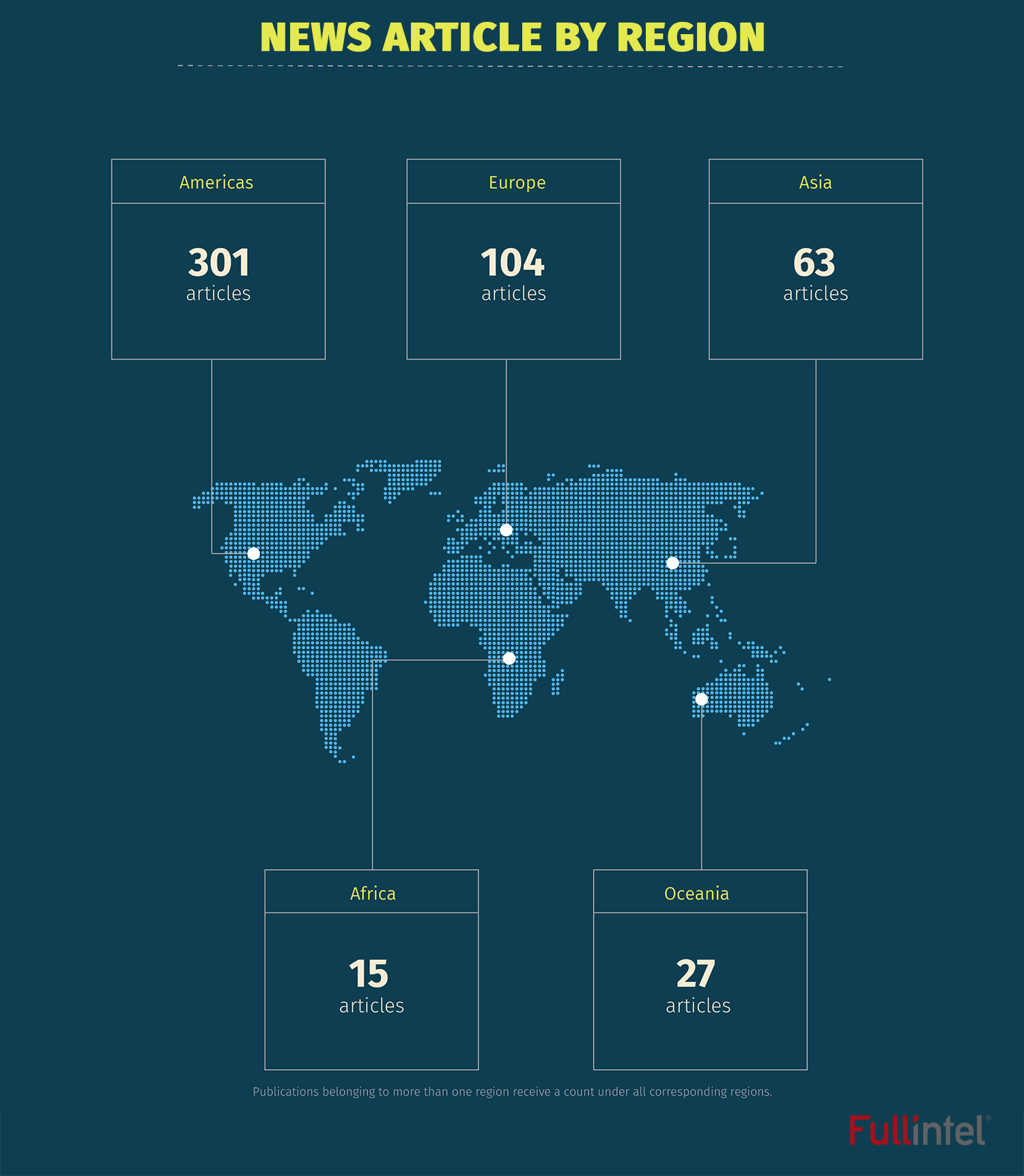 News about New Jersey being applauded for its continued efforts in the life sciences industry was a major story on the 7th of June. The Bio Convention played hosts to several partnership meetings paving way for better life sciences technology. This did not go unnoticed- on the last day of the meet. 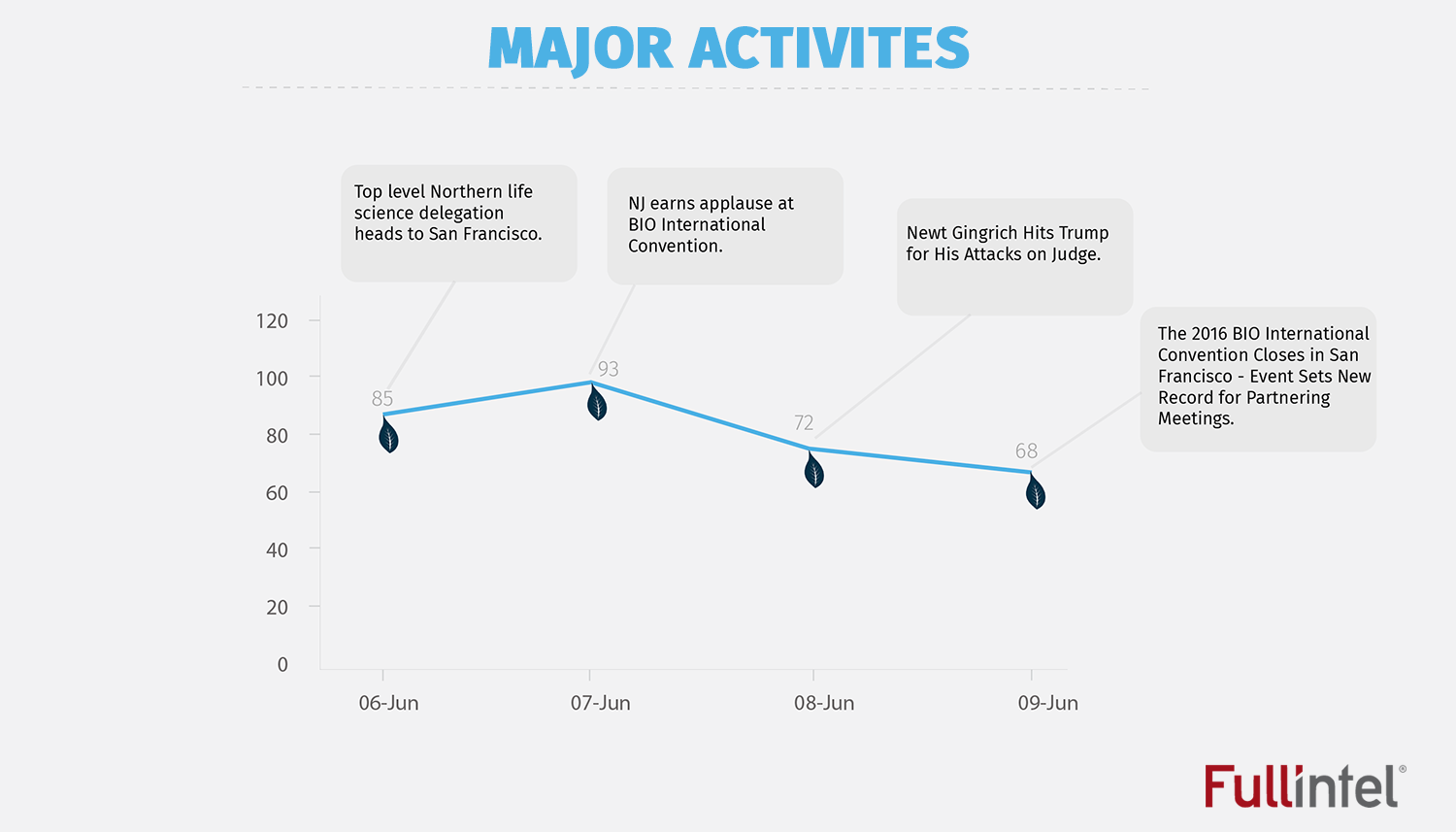 The partnership between Korean Drug Development Fund and US based Merck Sharp & Dohme created a positive buzz. The companies signed a MoU for joint research at the convention. Nordic Nanovector’s presentation at the convention received media attention as well. The mentions were largely neutral. Similarly, stories about NanoViricides making a presentation at the BIO 2016 also received neutral media attention. 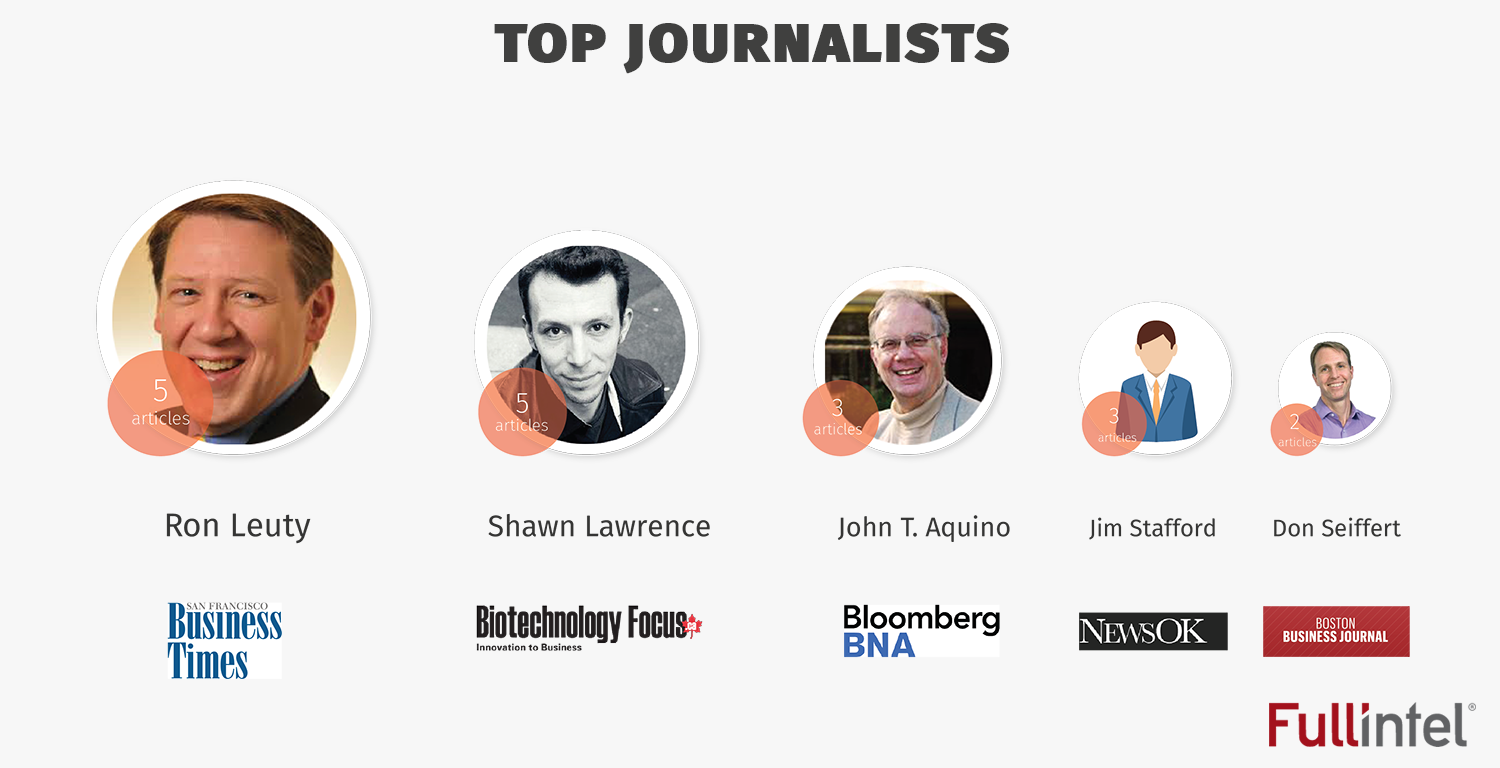 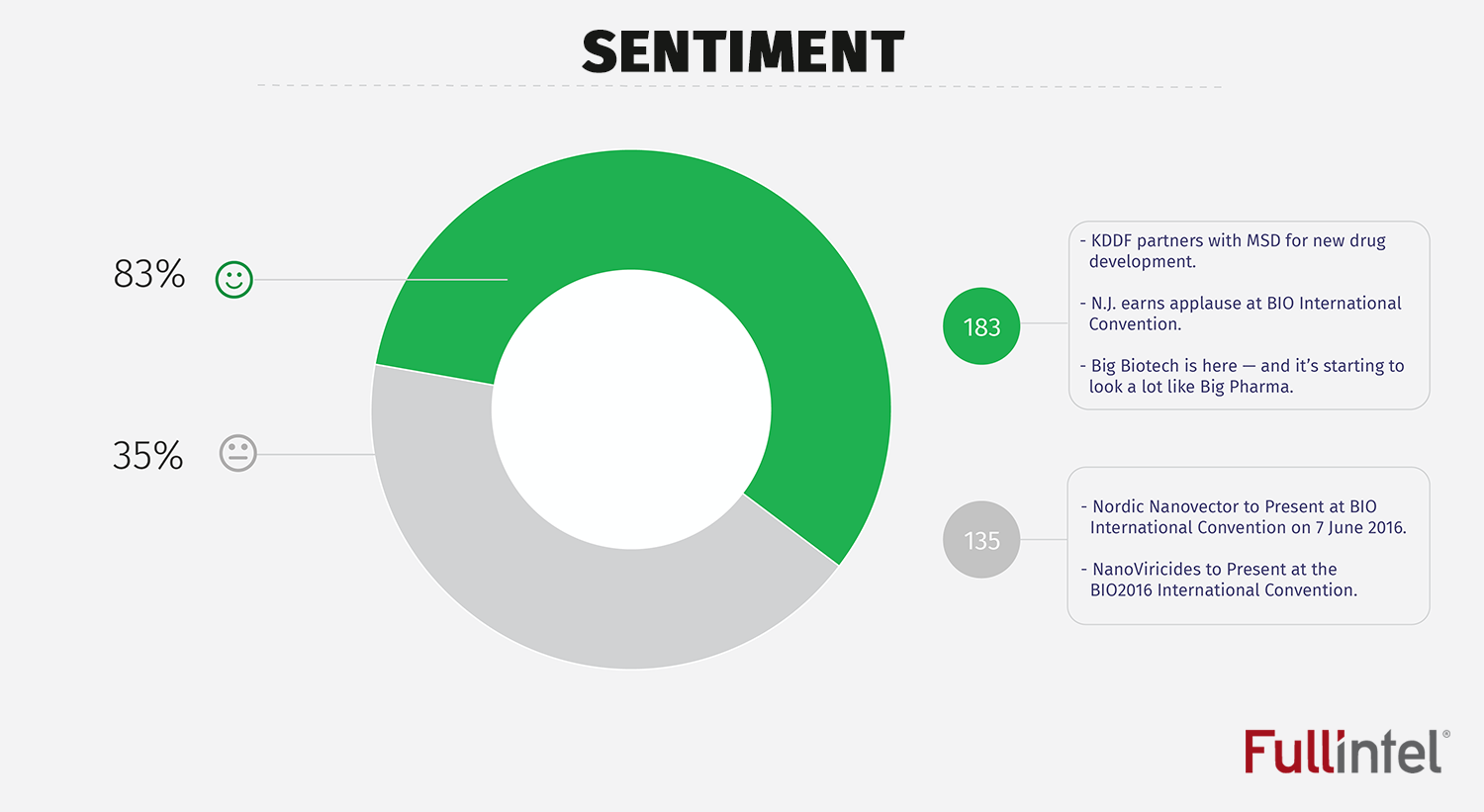 Bloomberg BNA, 4 Traders, BioSpace and Stat were some of the major media channels covering the event. BIO 2016 found a mention at least 18 times on BioSpace, while BioPortfolio covered around five articles about the event.