Solar Power International is powered by the Solar Energy Industries Association (SEIA) and the Smart Electric Power Alliance (SEPA) was designed to serve and advance the solar energy industry. This event focuses solely on creating an environment that fosters the exchange of ideas, knowledge and expertise for furthering solar energy development in the United States. At Fullintel, Our expert media analysts have individually scoured through hundreds of media mentions – reading and analyzing every single news, tweets, and like related to Solar Power International 2017. It includes figures, stories and emotions – all handpicked by human analysts. 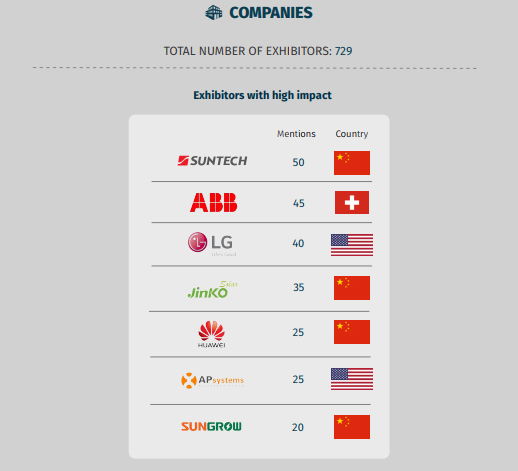 SUNTECH had the media buzzing with around 50 media mentions. ABB also managed to remain a darling in the media with around 45 mentions. LG was a close third with 40 mentions. Except for Jinko, HUAWEI, all high impact companies were covered in the US media. 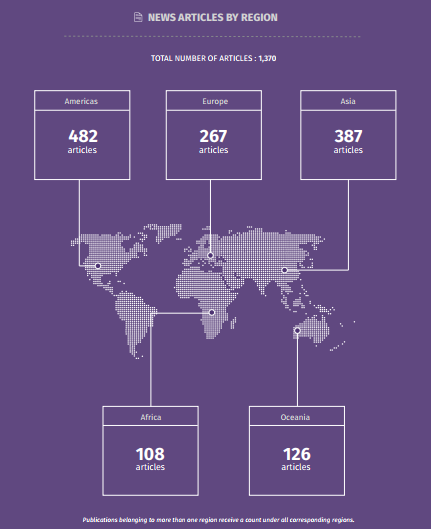 Our media analysts picked lots of articles among which 480 articles were from U.S., 267 articles from Europe, Asia covering 387 articles, followed by Africa with 108 articles and Oceania with 126 articles. 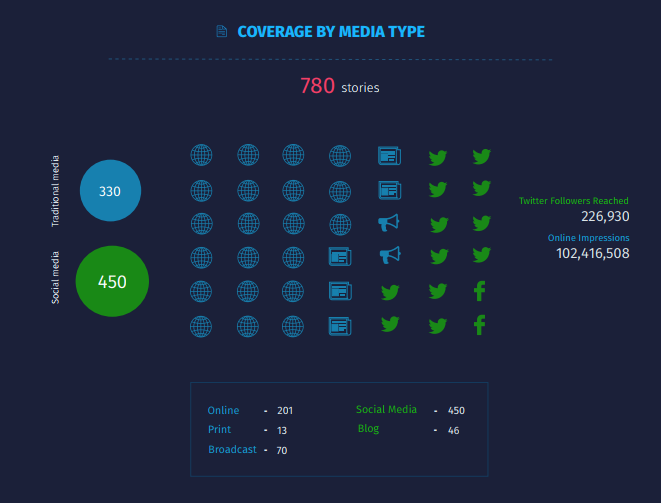 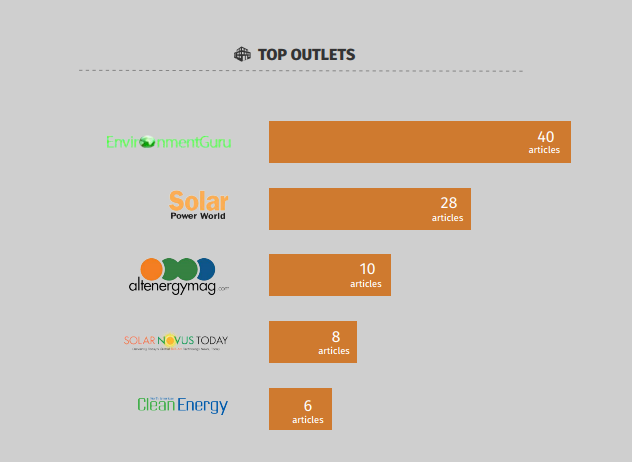 We covered lots of articles from around the globe. EnvironmentGuru, Solar Power World, Altenergymag, Solar Novus Today and many other major outlets covered stories related to the event. EnviornmentGuru won the race with 40 articles followed by Solar Power World with 28 articles and altenergymag with 10 articles. 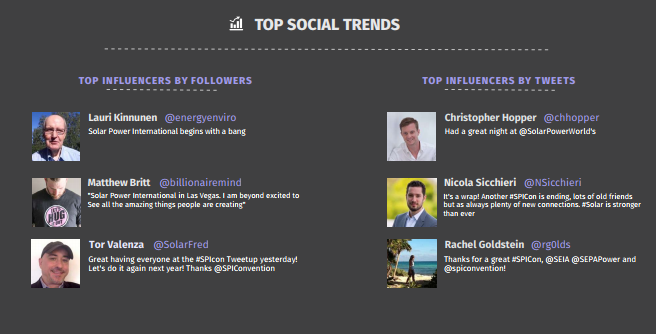 Solar Power International trended well on Twitter, with some of the major industry influencers like Lauri Kinnunen, Matthew Britt and Tor Valenza covered the event.

If you want to get similar coverage for your business, Sign up today and news & influencer pieces, social media trends as well as competitive insights in your inbox.