The Definitive Guide: Should We Continue Measuring AVE in PR?

Andrew Koeck
If you’ve been in the PR landscape for any length of time, you have probably come across the measurement Ad Value Equivalency or Equivalent Advertising Value – AVE for short. 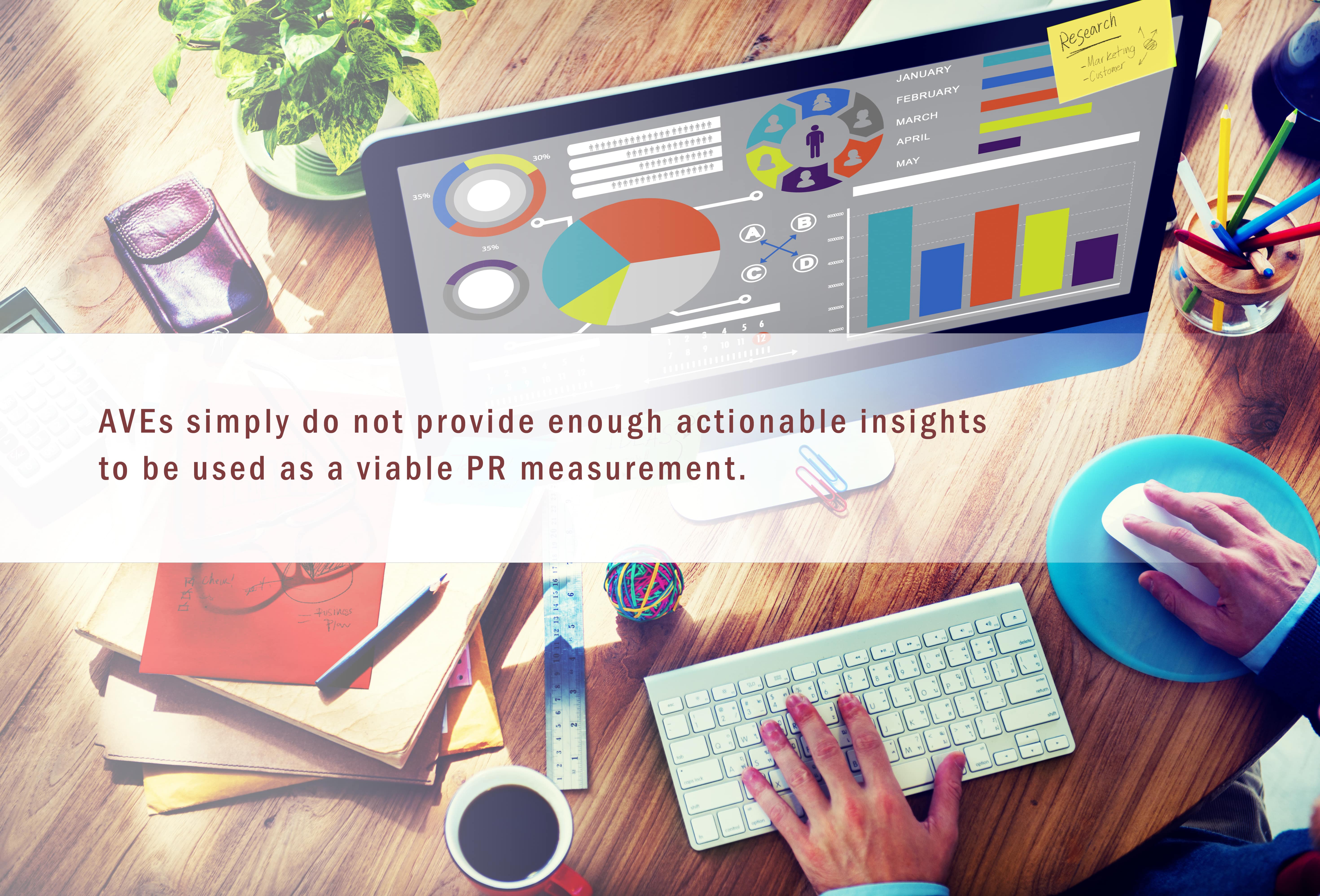 Ad Value Equivalency is a measurement that quantifies the measure of an earned news article as if it were equal to a paid advertisement. The cost of that “advertisement space” is used to give it a dollar value in an attempt to measure the success of the article.

Both AMEC and CIPR have recommended the discontinuation of AVE and are encouraging the use of other, more accurate metrics to measure their PR efforts.

The Problem With AVE’s

The argument against using AVEs concludes that PR is not advertising and therefore should not be compared to it. The general consensus is that public relations campaigns should be tied to the organization’s objectives and not just an equivalent dollar value.

With the rise of digital media, advertising space is becoming more and more inexpensive. Some ads use a bidding system to determine the placement of the ad and charge based on how many views or impressions it receives. This can make it hard to determine the cost of a specific advertising space at any given time. In addition, some outlets don’t accept paid advertisements, making it difficult to provide an accurate value.

There is no standard measurement for advertising space; each provider determines their own set of standards. Additionally, AVE scoring doesn’t consider the context, quality of the coverage, or amount of content. Negative stories pose another challenge, as there’s no way to attribute a dollar value to a negative advertisement. As a result, AVE scores become inflated, unreliable, and difficult to track.

In short: AVEs simply do not provide enough actionable insights to be used as a viable PR measurement.

So Why Is It Still So Widely Used?

Three main factors that indicate why AVEs are still being used are as follows:

1. It’s Easy To Understand – While AVEs fall short in some pretty critical areas when it comes to PR measurement, it’s quite easy to calculate and understand, and provides a very quick and simple measurement of your efforts.

2. Difficult To Switch – Many organizations have been using the metric for many years. When something becomes the standard, it becomes difficult to develop and transition yourself and your team over to a new, unfamiliar measurement formula, especially when your previous method has been in play for so long.

3. Lack Of Awareness – Some organizations simply may not be aware of the downsides of using AVE as a means of measuring PR success.

There Are More Effective Alternatives!

As communication and technology changes, so should our measurement methods. Much progress has been made to replace AVEs with a more accurate, standardized, method of measuring communications.

AMEC (International Association for Measurement and Evaluation of Communication) has created an online tool to help organizations develop their own PR measurement framework.

This is no one-size-fits-all metric. As AMEC Board Director Richard Bagnall put’s it, it’s “…a common approach that will work for organisations of all sizes but which can be tailored to very specific user cases and objectives… Anyone can use it…”.

Richard is right. The framework can be used in almost any scenario, in any department, at any organization, in any organization that has a clear and measurable objective.

In this case, let’s take a look at the framework in use with the example of the ‘Missing type’ campaign from the National Health Service Blood and Transplant Department (NHS). See their framework below: 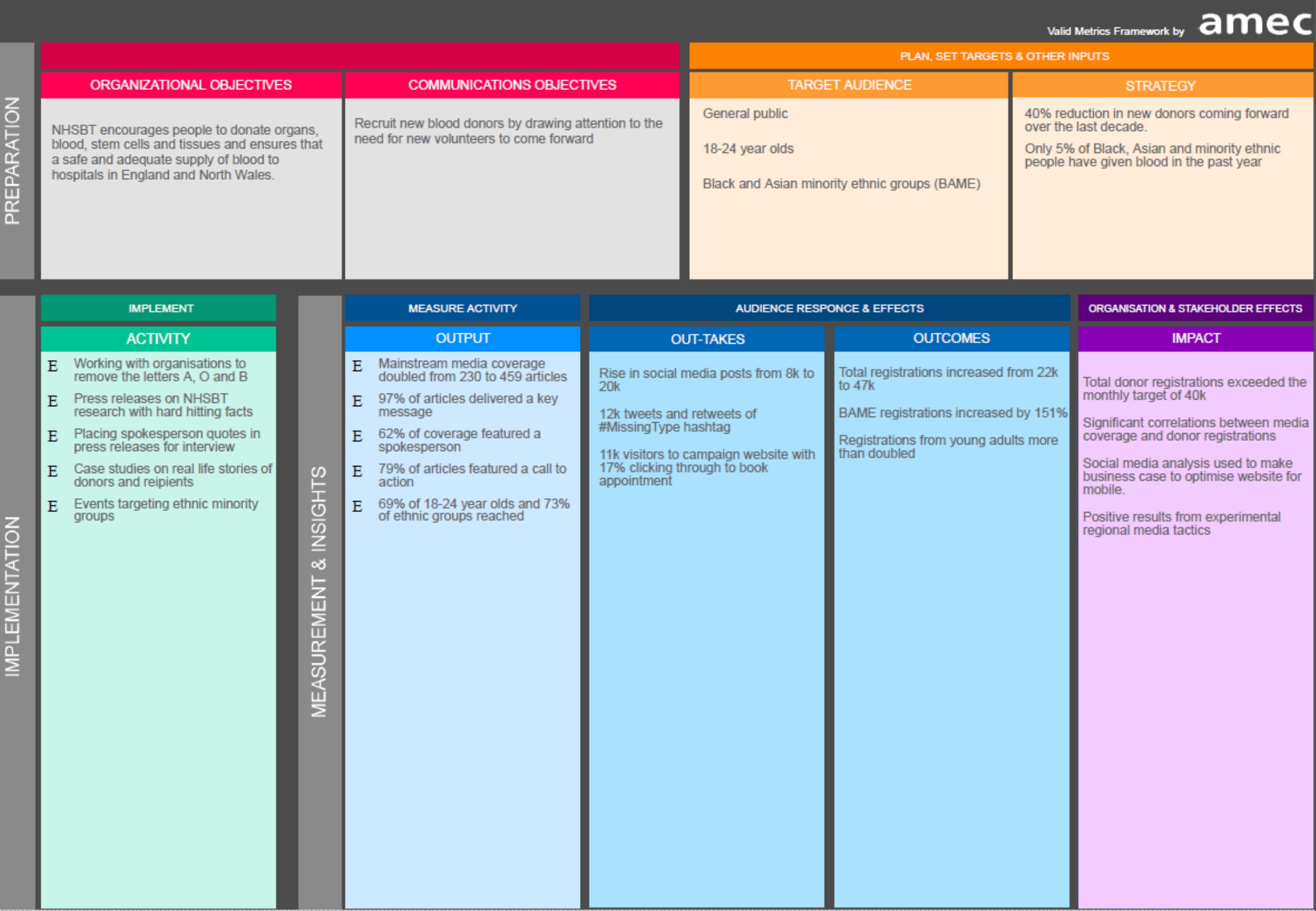 The starting point of any successful communications campaign is to identify your objectives and what you would like to achieve by the end of the campaign. These can come in many different forms, whether they be awareness, advocacy, adoption or demand related, and have a measurable impact.

In this case, the objective of the NHS is to increase volunteer participation to meet the demand for blood donations.

Who would you like to reach and how do you plan on reaching them? This is where the planning happens. Start by identifying your target audience.

NHS identified a 40% reduction of new donors over the last decade which means which that those who donate on a regular basis tend to be older – half of the current donors are over 45. They also identified that Ethnic minority groups make up 14% of the eligible donor population, but only 5% volunteered to donate in the previous year.

This helped them easily identify who their target market was: the general public, but specifically, 18-24 year-olds and minority ethnic groups.

See how the plan is starting to build itself out and help you identify the next step?

This is where you will develop and implement the strategies and activities that you believe will get the attention of your audience, or try something a bit different to see if it yields better results than previous campaigns..

In this case, the NHS worked with organizations around the city to remove the letters A, O, and B – the letters of the main blood types – from everyday iconic locations and company logos to bring attention to their campaign. Partners included Microsoft, Guy’s and St Thomas’ Hospital, Boots, Manchester City, Lloyds Bank and Royal Mail. See examples below: 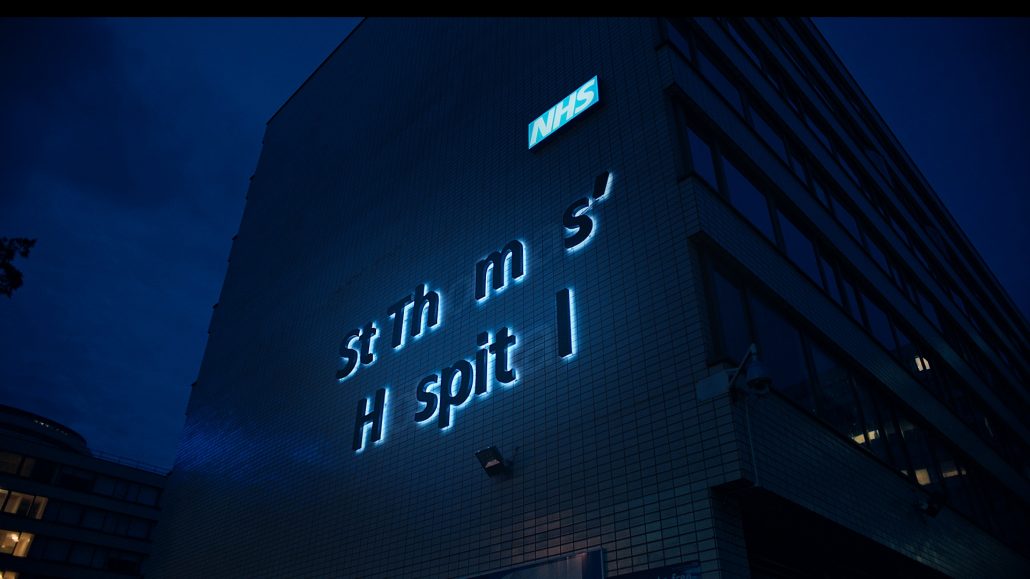 This is when you will measure the impact and success of the strategies you implemented based on the objectives you set out in the beginning.

NHS was successful in reaching their objectives. Registration form the general public increased from 22,000 to 47,000, ethnic minority registrations grew by 151%, and registrations from young adults more than doubled. They even learned from their social media analysis that they should optimize their website for mobile browsing, and their regional experimental tactic was successful.

Instead of placing a dollar-based equivalent advertising value on their campaign, the NHS measured the success of their campaign based on the impact it had on their organization and on the goals they set out to achieve. Instead of earning the equivalent value of X amount of dollars, they can prove that they met their goal and increased their registrations and participation.

With more relevant metrics available, the industry has agreed that AVEs just aren’t going to cut it anymore when it comes to measuring PR activities.

Some experimenting will be necessary to find the measurement framework that best aligns with your organizational goals and that adequately measure the success of the strategies you implement. Metrics are constantly changing and evolving as the landscape shifts, new sources become available, and some become obsolete. This means that over time, your framework will change and evolve too.