The year 1993 may have been before Twitter, Instagram and Facebook, but it was certainly no stranger to the most dreaded of all PR situations: the fast-moving crisis. 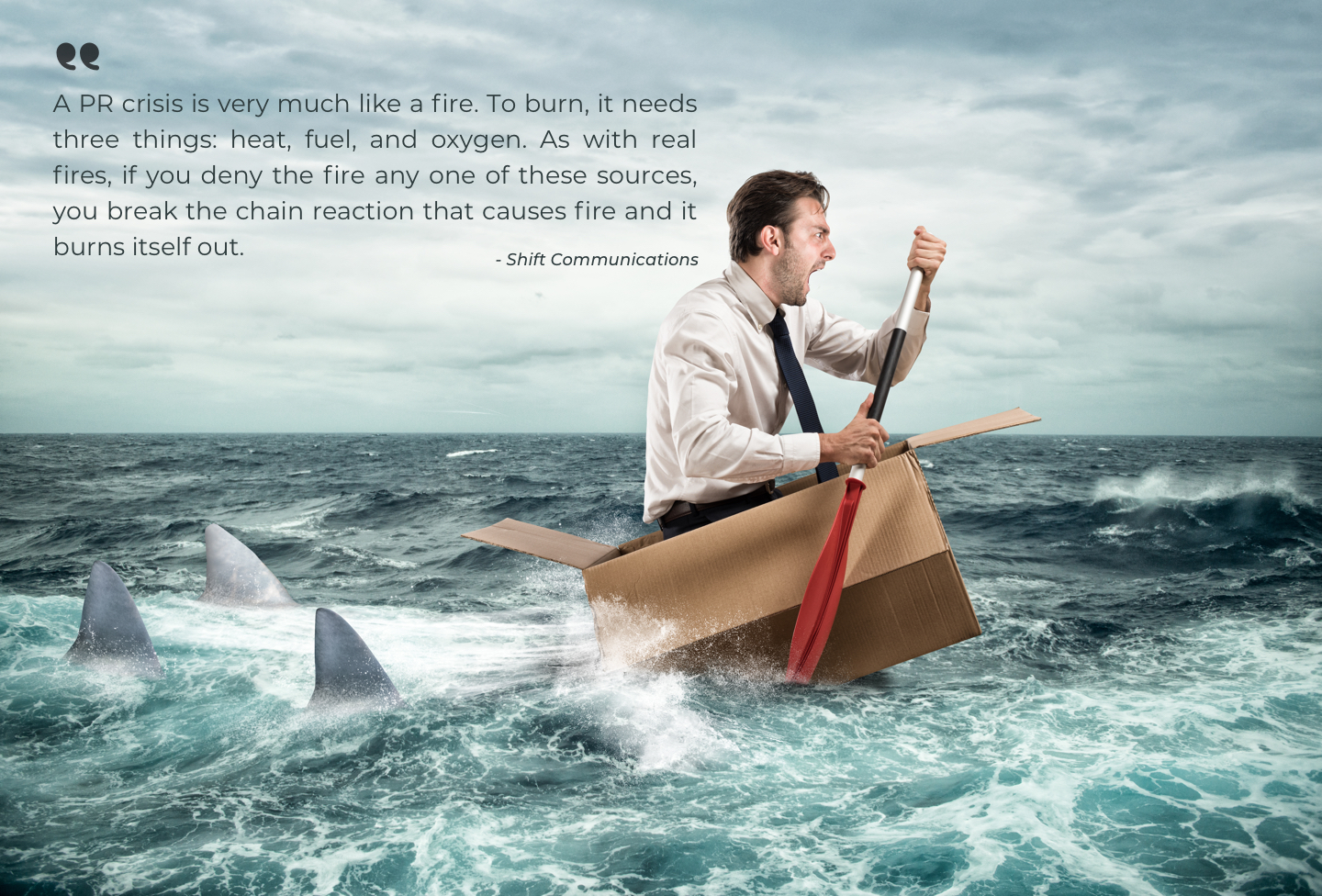 That’s the year Pepsi found itself on the receiving end of a nasty rumour – one that erroneously claimed several used syringes had been found in Pepsi products. Its PR team immediately went into overdrive, pulling round-the-clock shifts to monitor and address the issue. The company ultimately debunked the story, but it still cost the company around $25M from lost sales, increased marketing, and ballooning labor costs due to all that monitoring and managing of the crisis.

Similarly, when United Airlines suddenly found itself mired in arguably the most serious PR debacle of 2017 – intense viral outrage after a 69-year-old man was violently removed from a flight – the company lost $800M in value in a single day. At the time, much of this erosion in value was blamed on the company’s “tone deaf” response.

But these companies clearly aren’t alone. Many a PR team have been forced to run the gauntlet of a possibly existential communications crisis, from the #deleteUber social media campaign of 2017 to the 2015 E. coli outbreaks at Chipotle restaurants.

Sometimes, as in the case of Pepsi, these situations are unavoidable. Other times, as in the United example, they’re largely of the organization’s own making. But every PR crisis is similar when it comes to a PR team’s need to monitor what’s being said, evaluate, and respond appropriately (as well as outreaching proactively).

According to Boston-based Shift Communications, a PR crisis is very much like a fire. To burn, it needs three things: heat, fuel, and oxygen. “Something has gone wrong and your brand is on fire,” says Shift. “There’s something you did or something you’re responsible for – the fuel. There’s the tide of public opinion – the heat, the energy. There’s your speed of reaction to it – the catalyst. As with real fires, if you deny the fire any one of these sources, you break the chain reaction that causes fire and it burns itself out.”

Breaking the chain, however, is difficult if you don’t know where to start. When a crisis hits – and after the initial panic subsides – it’s very likely your PR team will be tapped out creating and executing communications plans, dealing with reporters’ emails and phone calls, responding to social media comments, contacting influencers, and briefing the C-suite.

But while your media monitoring partner unfortunately can’t save you from a crisis, it can keep you informed in real-time about just what the heck is going on out there.

Because you have no idea when the next crisis will hit, a good crisis monitoring program is flexible enough to cycle in and out of your organization as required and without long-term commitments.

A strong crisis monitoring program also has the following other attributes:

Even if your staff already use a SaaS monitoring tool, it’s likely they’ll be so snowed under during a major crisis they won’t even have time to log in. They almost certainly won’t have time to augment their current tool’s results with Google searches, logins to multiple paywalled sources, and other actions required to attain the full picture when coverage is breaking on multiple fronts.

Fully automated crisis monitoring, while promising, often creates more work than it solves thanks to the avalanche of irrelevant results produced by static search strings without human curation. And the importance of accurately gauging coverage sentiment, especially when time is short and nerves are frayed, can’t be overstated – something automation also struggles with.

Think of on-call crisis monitoring as the special forces of media monitoring: a group of well-trained specialists there when you need them, and gone just as fast.

An extra crisis monitoring layer certainly would have helped Pepsi’s overworked PR team save some of that $25M the company lost in the fallout over the syringe crisis – not to mention United’s $800M problem.