Don’t worry if you weren’t part of the Intersolar North America exhibition! FullIntel’s media impact report gives you a comprehensive analysis of the event.

What Is Intersolar North America?

Intersolar North America is the most popular solar event in North America with more than 500 exhibitors and thousands of attendees, discussing the latest innovations in the solar and energy storage industry. This year too, Intersolar registered a crowd of more than 18,000 attendees from over 80 countries across the world.

FullIntel’s media experts have individually searched through millions of news articles, expert insights, tweets, likes, and social media mentions related to the Intersolar North America ’16 exhibition. We look beyond the numbers- does your automated software understand all the human nuances, dialects, and anecdotes that our human analysts can pick up with ease?

A Summary of Intersolar North America ’16: 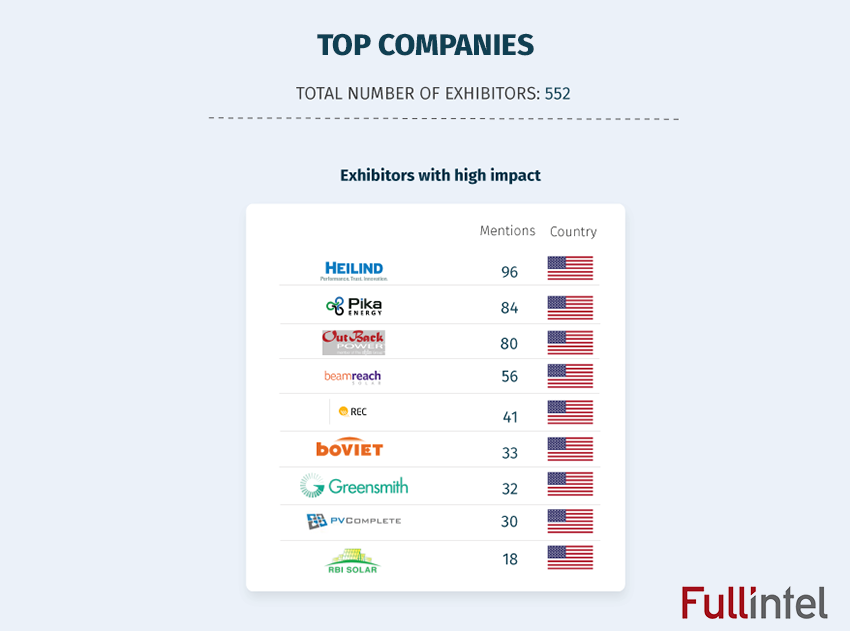 This is Intersolar North America’s 9th Annual exhibition. The event had an exceedingly positive tone this year- partly due to reports that the US solar market is likely to install 14.5 gigawatts of new PV capacity. News about the federal Investment Tax Credit being extended until 2021was also welcomed. More than 550 solar and energy storage industries came forward to display and discuss technical innovations in the solar industry. Of these, Heilind made the most impact with more than 96 media mentions in the US. Some of the other newsmakers included Pika Energy, Outbac Power, and Beamreach Solar with 84, 80, and 80 media mentions respectively- all of them in the US. 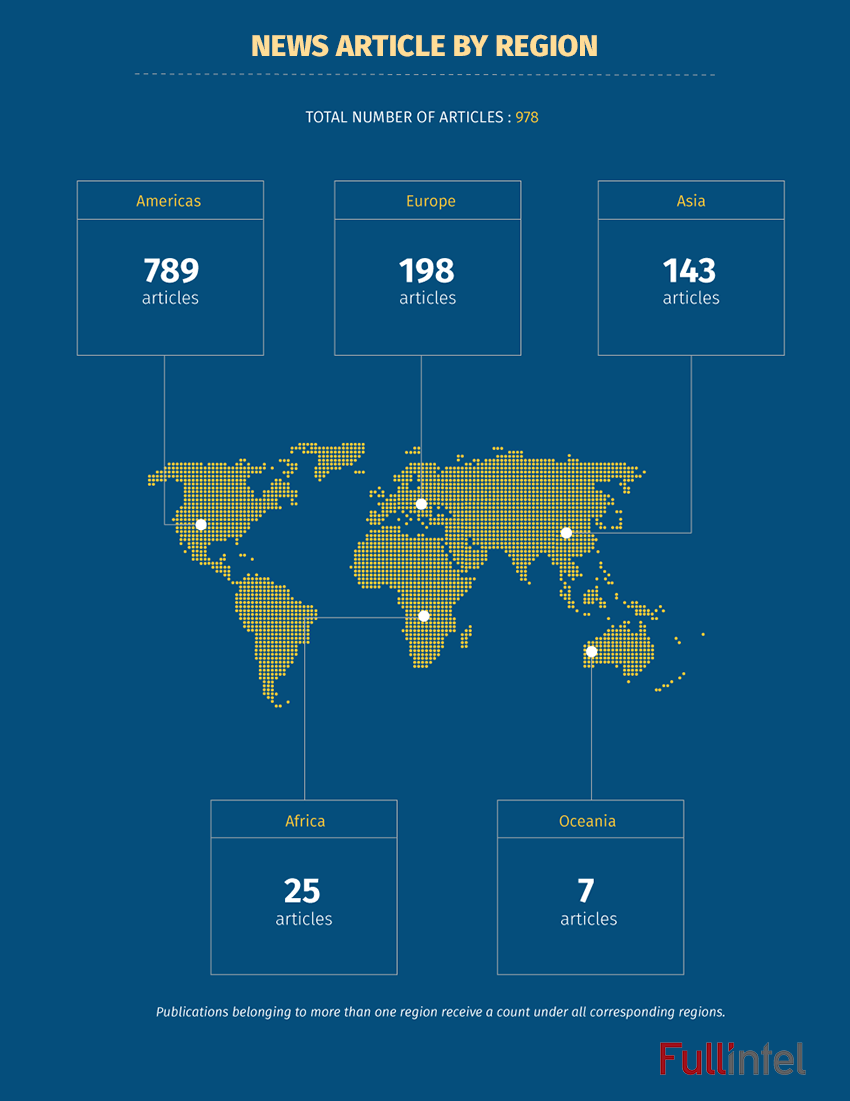 Our media analysts covered around 978 articles- 789 in the Americas, 198 in Europe, 143 in Asia, and 25 in Africa. Some of the major newspapers to cover the news include Solar Power World, Solar Novus Today, and Bio Space. 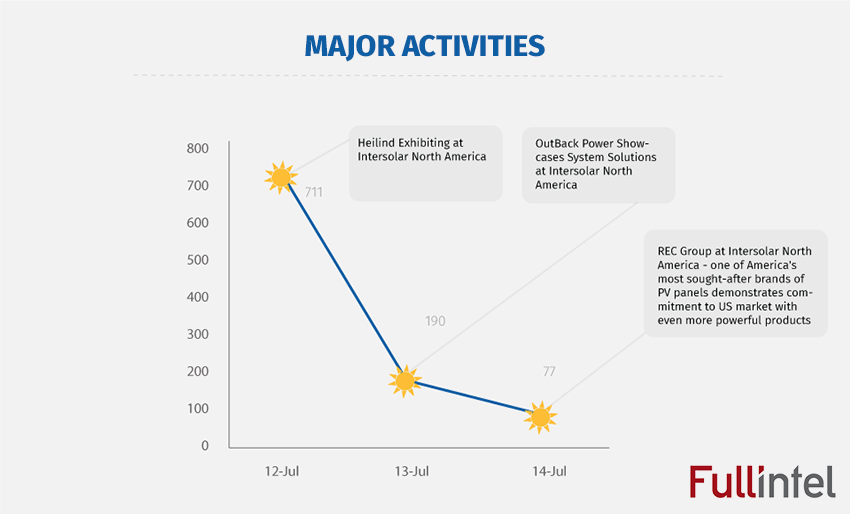 News about Heilind Electronics participating at the Intersolar North America was actively covered across media channels including, The Street and Yahoo! Finance. This news found around 711 media mentions on the 12th of June. Some of the other news makers were OutBack Power, wherein the company announced about displaying their Systems Solutions at the Intersolar North America. Some of the other news makers included Sonnen- the company announced C&I partnership with Ideal Power Converters.

Of the 1,526 stories covered, around a 1000 were from traditional media. The rest was from Twitter, Facebook, and other social media channels. Our human analysts covered around 650,000 online impressions and tracked more than a million Twitter accounts. 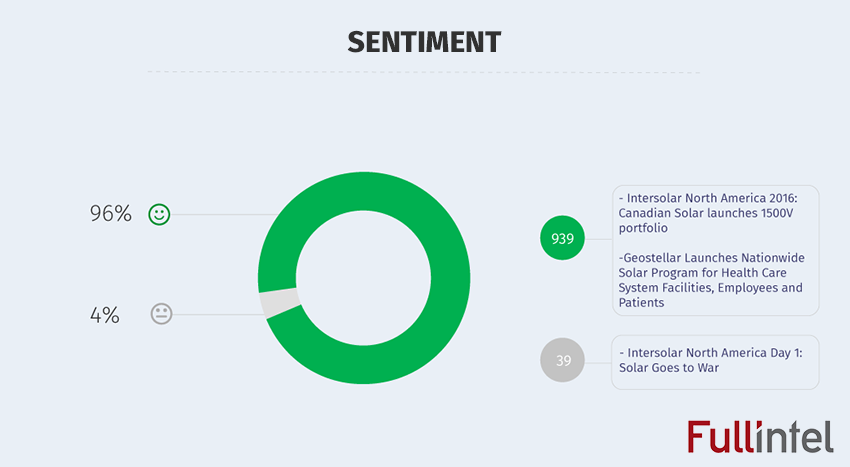 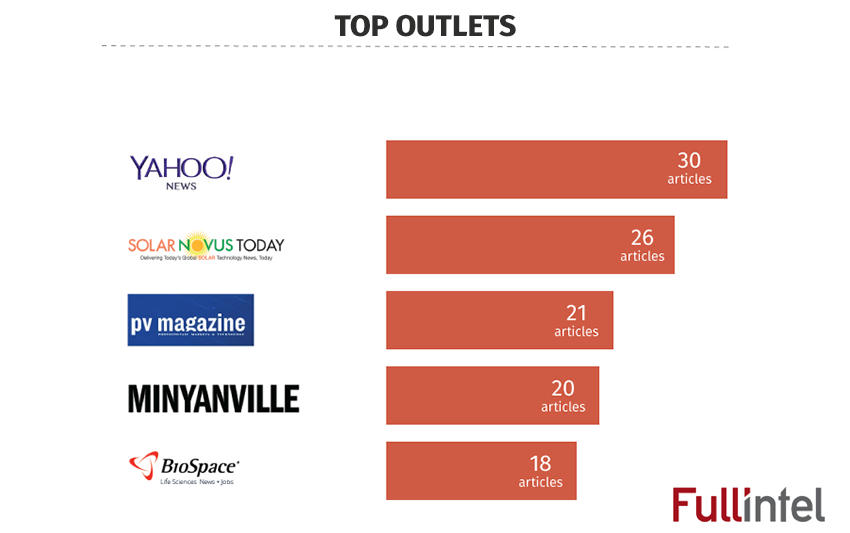 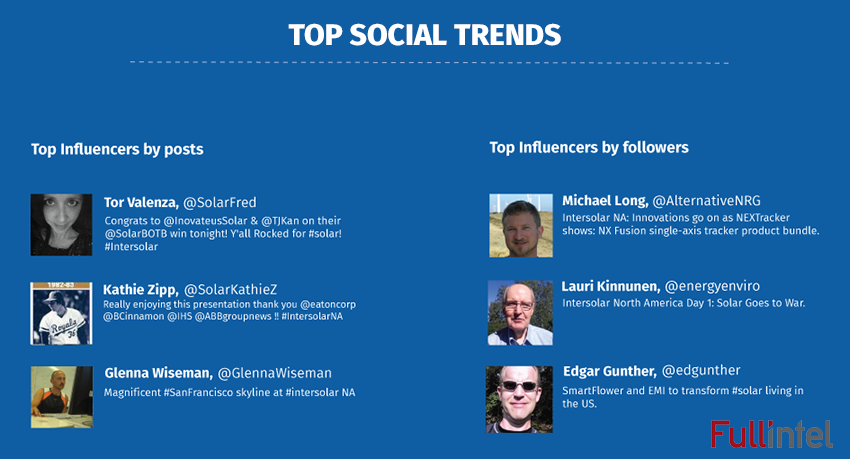 Intersolar North America trended well on Twitter, with some of the major influencers like Michael Long, Lauri Kinnunen, and Edgar Gunther, tweeting about the event. Journalists Tor Valenza, Kathie Zipp, and Glenna Wiseman also covered the event, and tweeted about participating companies.