The Golden Rules of PR Pitching: Tips, Tricks And Horror Stories From a Former Editor

Journalists and editors see a lot of story pitches from a lot of people. In many cases, they see so many that they have a difficult time escaping The Pitch: They’re often bombarded with story requests at lunches, sports games, and other social events (back when we used to do those things in-person); on social media; through email; and on the phone. 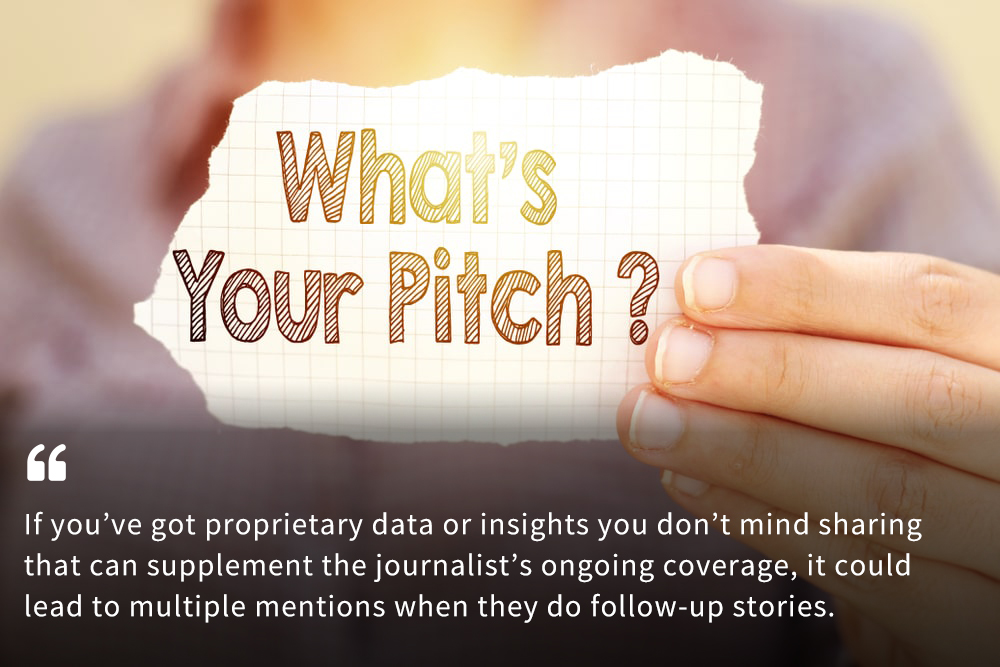 It’s a big reason – along with the ongoing downsizing of newsrooms (which means more work for fewer staff) – why it’s so hard to get the attention of many journalists and editors these days. They’re overworked. They’re often stressed. In many cases, they’ve got a nasty case of PR and pitch fatigue.

But a good journalist or editor always knows when there’s a story to be had. With that being said, there are ways to get around this fatigue by making your pitch as compelling as possible – and by providing as much value to the journalist as you hope to get from them (it’s a two-way street, after all).

Here are four rock-solid ways to make your next pitch more compelling:

1. Know who you’re pitching (and avoid the shotgun approach). Advance research on the journalists and media outlets likely to cover your story is one of the most important things you’ll do. Select the journalists you contact very carefully. If possible, personalize the pitch to each one of them. No one wants to waste time, but sending news releases or making phone calls to badly researched media lists is just that. It also clogs up the journalist’s inbox and makes their phone ring for no reason, which will probably annoy the heck out of them. You know that feeling you get when you’re spammed by companies without opting-in? Magnify it by a thousand.

If your pitch is really misguided, you may even draw the ire of the entire newsroom (I’ll never forget when every reporter at a business publication in Ottawa, Canada was pitched repeatedly to do a story on the steel industry in Ottawa, Kansas).

2. Make sure your pitch has news value. Even when you’ve got news, you may not have an actual story. Anniversaries, industry awards, and similar excitements are great for company morale, but typically stand very little chance of getting standalone coverage in most press (unless you can frame your announcement alongside a compelling story that relates to a larger trend, theme, or other item of larger interest). If you don’t think your story has value, keep your powder dry until you’ve got something that does. Indeed, as a PR and communications professional, it’s good to think of yourself as someone whose job is to provide value to journalists rather than solely existing to promote your brand. Because if you can provide value, you stand a much better chance of generating coverage.

3. You don’t always need to be the focus of the story. If you get a mention (and a backlink) as an expert source providing industry knowledge or data, that’s a win. And the best part? It provides value for both parties. Research which journalists have covered topics germane to your industry or area of expertise, and let them know you’re available as an industry source. If you’ve got proprietary data you don’t mind sharing that can supplement the journalist’s ongoing coverage, that’s even better – and could lead to multiple mentions when they do follow-up stories.

4. Stand out as much as possible. Unique media packages get you noticed, no question. But they don’t guarantee coverage (I once had a major brewery send me a mini keg of beer and some pint glasses along with their press release. We didn’t do a story on them, but we gladly drank their beer).

Still, though, with the volume of emails most journalists receive, getting noticed is crucial. There’s always a chance someone could miss your story, even if it’s a good one, by mistake. So make sure you always use a compelling subject line in your email (email is the best vehicle for pitching – no one answers their phone anymore, and social media isn’t as convenient for the journalist). If you can send something unique as a follow-up through snail mail to get noticed, then great. But, again, there’s got to be news value in your release from the journalist’s perspective or it won’t amount to much.

A media monitoring and analysis solution can be a huge help in many of these areas, particularly journalist and media outlet research. Instead of manually researching which journalists or outlets have covered your topic, you can quickly and cost-effectively uncover the issues on which they’ve focused, what companies they’ve spoken to in the past, the sentiment of articles, and other important intelligence that can help your pitch. A service that provides expertly-curated executive news briefs also keeps you apprised of when and where your pitch got picked up – even if it’s in smaller publications not included Google News, or larger outlets hidden behind paywalls or not included in most news aggregators.

Whatever your next story pitch might be, we wish you good luck – but if you follow these four golden rules of pitching there’s a good chance you may not need it.